Ranking which Vikings rookies have best chances to contribute in 2020

FacebookTwitterRedditPinterestEmail
Talk of recent Vikings teams was often about a veteran-rich roster where rookies might struggle to find areas to immediately contribute. Those times have changed. Nearly one-third of the Vikings’ offseason roster is comprised of NFL rookies (27 of 87), many positioned with opportunities to play on offense, defense and/or special teams after seven starters… 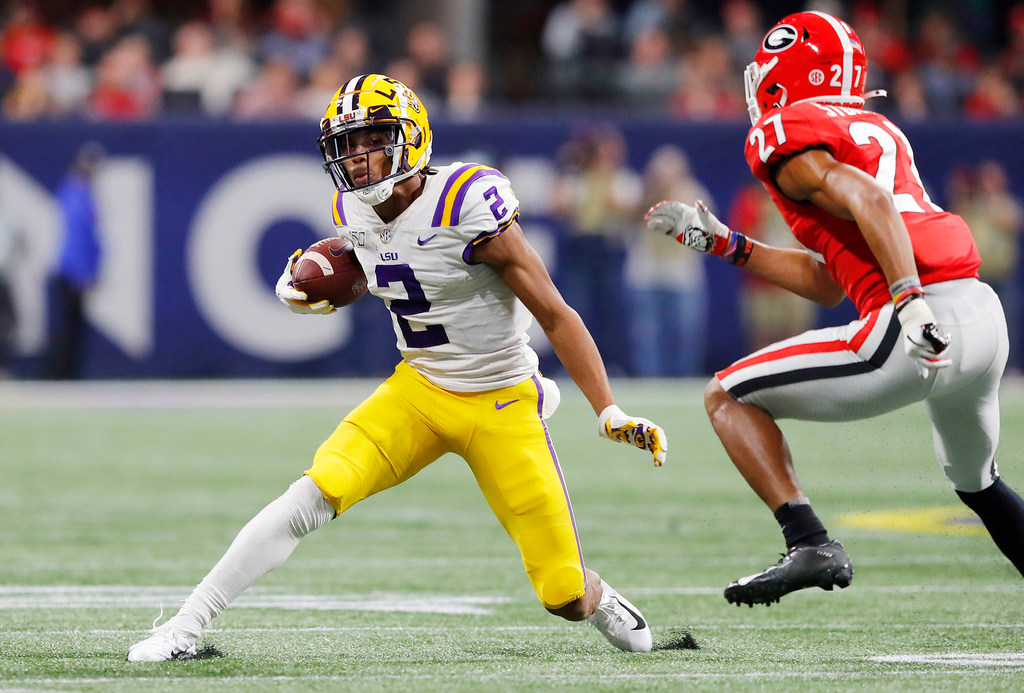 Talk of recent Vikings teams was often about a veteran-rich roster where rookies might struggle to find areas to immediately contribute.

Those times have changed. Nearly one-third of the Vikings’ offseason roster is comprised of NFL rookies (27 of 87), many positioned with opportunities to play on offense, defense and/or special teams after seven starters were cut or walked in March.

So there will be chances for rookies from first-round receiver Justin Jefferson to the undrafted signings. Vikings coaches are just eager to get them onto the practice field.

“The rookies are behind and they’re getting a lot of extra work,” head coach Mike Zimmer said last month. “The meetings have gone great. For me, it’s been really good because I have the offense going first, then special teams and then the defense goes. I can click on a room and listen to quarterbacks, receivers and then listen to the offensive line and all of special teams. I’ve been really impressed with our coaches.”

Podcast: The NFL’s hurdles to return and your Vikings questions

Nobody caught more passes for one of college football’s most prolific offenses in history than Jefferson last season. The Vikings are confident Jefferson can play from anywhere on the field after much of his 2019 production came from the slot at LSU. He’ll have chances to prove he can win everywhere since Stefon Diggs was traded to Buffalo, vacating 783 snaps [75.6%] and a team-high 94 targets, 63 catches, 1,130 receiving yards and six touchdowns.

A healthy Adam Thielen will presumably fill much of that production, but he’s also expected to receive more attention from defenses. That’s where running back Dalvin Cook, tight ends Kyle Rudolph and Irv Smith Jr., and Jefferson could tip the scales during games.

Jefferson (listed 6-1, 202 pounds) was lauded as a run blocker and brings the physicality and receiving talent that should earn him the No. 2 job immediately. Behind him are Bisi Johnson, Tajae Sharpe, Chad Beebe and Quartney Davis, among others.

Rookie corners don’t contribute too often on defense under Mike Zimmer. Mike Hughes bucked the trend in 2018 when replacing an injured Mackensie Alexander in the season opener; Hughes played well enough to earn more time before his own injury as a rookie.

Gladney (listed 5-10, 191 pounds) will also likely play right away, and may have to just because the Vikings lost three corners in free agency. The TCU product was one of a few corners in the power five conferences to shadow receivers multiple times. Gladney also has experience defending the slot, providing a broad foundation for the inevitable crash course whenever practices resume. TCU head coach Gary Patterson labeled Gladney “country tough,” evident by him choosing to run his 40-yard dash with a torn meniscus.

After Hughes and Gladney, the Vikings have the third-round Dantzler, Holton Hill, Kris Boyd, Nate Meadors and Mark Fields returning at corner. That’s a lot of room to play considering the Vikings’ primary defense is nickel (three corners).

Dantzler projects as an outside corner after deflecting 20 passes with five interceptions in three years for Mississippi State. He’s got the length (listed 6-2, 188 pounds) to defend against taller outside receivers, but Dantzler said he’s been trying to add weight. The Vikings like his attitude in the run game and upside as a cover man, meaning Dantzler could be playing at some point in 2020.

Punt returner has been a hole for the Vikings since Marcus Sherels’ incredible career faded. Ten NFL punt returners last year had more yards than the Vikings as a team. Corner Mike Hughes led the way, but the Vikings drafted Osborn — the ACC’s leading punt returner averaging 15.9 yards — with plans for him to compete for the job.

Osborn (listed 5-11, 203 pounds) isn’t expected to contribute immediately as a receiver. However, his character was highly touted by Vikings director of college scouting Jamaal Stephenson, and they believe he’s a safe bet to earn roles on special teams.

Wonnum may require more development than other rookies on this list, but he steps into a fluid depth chart at defensive end. If he’s the No. 4 end, behind Danielle Hunter, Ifeadi Odenigbo and Anthony Zettel, that’s a role that saw 33.5% playing time by Odenigbo last season.

Zimmer may get creative with or tighten up the rotation after departures of Everson Griffen and Stephen Weatherly. If Wonnum (listed 6-5, 258 pounds) proves capable as a rookie, he will have room for snaps. His relentless pursuit at Florida State led to 14 sacks in four years, and Vikings coaches see Hunter-like traits in Wonnum’s unrefined game.

The Vikings need jobs filled on coverage and return phases for special teams after key cogs in safety Jayron Kearse, linebacker Kentrell Brothers and Weatherly are no longer on the roster. Many rookies should compete for these roles, including Dye — the fourth-round tackling machine out of Oregon.

Dye (listed 6-3, 231 pounds) — another tough defender who played through a broken thumb and meniscus tear at times last fall — was a dominant inside linebacker who projects as an outside linebacker in the NFL with strong instincts in coverage. Dye could contribute on defense eventually, but special teams is where he’s likely to make an immediate difference.

The downhill wrecking ball that is Michigan’s Josh Metellus, a sixth-round pick by the Vikings, could help replace the Sendejo-style havoc on special teams. Metellus (listed 5-11 and 209 pounds) projects as an adaptable defender with traits possibly suited for a hybrid safety/linebacker role rather than a deep cover man.

He’s proven to be a strong tackler, which should translate on coverage phases for special teams and give him chances to play right away.

Plans change quickly. One of the Vikings’ player comparisons for Cleveland, their own right tackle Brian O’Neill, discovered such during a rookie season in which he was No. 4 on the depth chart at times in camp but played by Week 2.

Cleveland (listed 6-6, 311 pounds) isn’t expected to be an opening day NFL starter. The Vikings’ plan, like with O’Neill, is for Cleveland to amass “good weight” without losing his superior athleticism. His strengths and weaknesses are explained well in this video by The Scouting Academy’s Dan Hatman. General manager Rick Spielman said left tackle Riley Reiff will “hold down the fort” until Cleveland is ready.

Follow the money. The Vikings probably would’ve drafted Texas A&M receiver Quartney Davis in the later rounds if they didn’t feel confident in the depth of the undrafted receivers this year, according to Spielman. So, they instead ponied up $100,000 guaranteed to steal him away from the Dallas Cowboys.

Davis (listed 6-1, 201 pounds) was another effective slot receiver in college who will compete for a job on the back end of the 53-man roster. The Vikings’ general inexperience at receiver could open lanes for Davis if opportunities arise during the regular season.